P&C Federation celebrates our 100th birthday with a special online event hosted by Julie McCrossin AM.

Hear from other P&C Association members about their experiences volunteering in their local school community and the contribution their P&C Associations are making to public education in NSW. 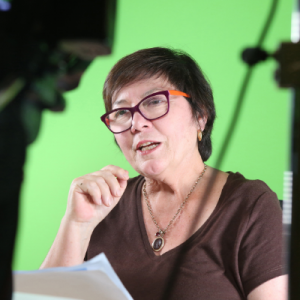 Julie McCrossin gets people talking. After over 20 years as a broadcaster with ABC Radio National, ABC TV and Network Ten, she is now a broadcaster, podcaster and MC.

Julie was treated for stage four, HPV-related oropharyngeal cancer (tonsils, tongue and throat) in 2013. Julie is an Ambassador for Head & Neck Cancer Australia, Targeting Cancer and TROG Cancer Research. She is a member of the advocacy group, Cancer Voices SA. Julie hosts the podcast series, The Thing About Cancer and The Thing About Advanced Cancer for Cancer Council NSW.

Julie has co-produced and presented a range of educational videos in partnership with cancer clinicians and advocates. Julie’s recent video series include Talking To Doctors for Cancer Voices SA;  the Head and Neck Cancer Video Series 2020/2021 with St Vincent’s Hospital Sydney, St Vincent’s Private Hospital and the Kinghorn Cancer Centre; and How Can We Improve the Patient and Family Experience of Radiation Therapy? in 2020/2021 with SAHMRI, the South Australian Health and Medical Research Institute. Julie has qualifications in the arts, education and law.

In 2019, Julie was awarded a Member of the Order of Australia for significant services to the community, particularly through LGBTIQ advocacy roles and to the broadcast media. 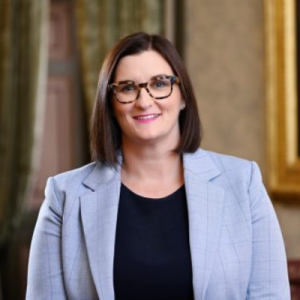 Sarah Mitchell was born and raised in Gunnedah and has spent most of her life living in North-West New South Wales. She continues to live in Gunnedah with her husband Anthony and their daughters, Annabelle and Matilda.

Since entering parliament in 2011, Sarah has served on numerous committees and as Parliamentary Secretary for Regional and Rural Health and Western NSW. In 2017, Sarah was appointed Minister for Early Childhood Education, Minister for Aboriginal Affairs and Assistant Minister for Education.

In 2019, Sarah was appointed as Minister for Education and Early Childhood Learning.

Sarah is a graduate of Gunnedah High School and is passionate about public education, particularly in regional and remote parts of NSW. As Minister, she is committed to ensuring every child – no matter where they are from – has access to top-quality education.

Since becoming Education Minister, Sarah has led the sector through one of the most challenging periods in history, navigating COVID-19 and state-wide lockdowns while ensuring continuity of education.

Sarah has lead evidence-based reform, introducing the School Success Model and putting students at the centre of decision making. Focused on closing the gap across all areas of disadvantage, Sarah recently introduced a revitalised regional strategy backed up with on-the-ground support.

Sarah is an active supporter of local community organisations and has been involved with several local charities, including the Gunnedah Family and Children’s Services and Gunnedah Paediatric and Maternity Support (PRAMS).

A young Minister who is invested in the public education system both personally and professionally, Sarah is committed to making NSW one of the best education systems in the world. 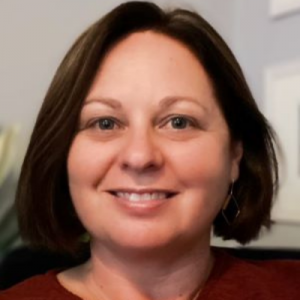 Natalie Walker is the Far West Councillor & elected President of NSW P&C Federation. She resides in Forbes, Central West NSW, with her husband and two children who attend Forbes High School. Natalie is also an active member of Forbes High School P&C Association, currently in the role of Secretary.

As a passionate advocate for (and product of) public education, Natalie is deeply committed through her professional and volunteer work to ensuring all children and young people get the best start in life. Based in NSW, this means her effort is focussed on strengthening the foundations of key organisations – and particularly the NSW P&C Federation – as valuable stakeholders, partners and contributors to NSW public schools and the system they operate in.

Hannah Pia Baral is P&C Federation’s General Manager. With a background in health, education, member organisation leadership, not-for-profit management, and digital transformation. She is passionate about the value of volunteering and acknowledges the contribution our dedicated and committed P&C Association volunteers give to their communities. Hannah is proud to be leading P&C Federation as it celebrates its 100 year anniversary and prepares for the future. 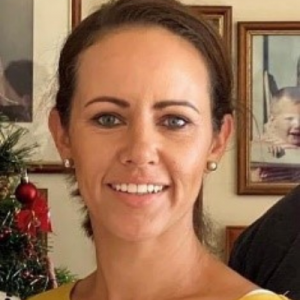 Rebel Bell, along with husband Craig and our three children Millie, Poppy and Ollie live on their family-owned sheep station in Far West NSW. Rebel is a former member and served 3 years as President of the Broken Hill School of the Air P & C between-2016- 2018. She thoroughly enjoyed and always committed to supporting the rights of children in the public education system. She always endeavoured to follow protocols and ensure every child was treated equally and supported the school system to provide resources to meet their learning needs. 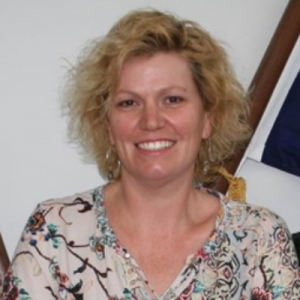 Jenny has lived in and around Hay all her life and when her two children began schooling at the same school she attended, Hay Public School, she immediately became involved with the P&C to be actively engaged with her children’s education and fundraise to provide further opportunities for the students. Jenny has volunteered countless hours to P&C responsibilities and events while also successfully coordinating a recipe book, picture plates, purchase of a BBQ trailer and catering for the 2021 ICPA Conference. Jenny has been actively engaged with her P and C since 2017, was President March 2017 to March 202 and is currently the Treasurer. 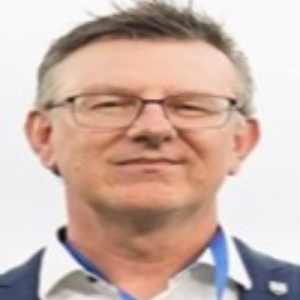 I got involved in the P&C at APCS in 2015 when my daughter started kindy. I was elected President in 2020 and am about to start my 3rd term as President in 2022. I grew up in the country NSW and my dad was a School Principal. Schools were my backyard growing up and I think even as a kid I had a strong sense of the community that revolved around ‘the School’. I have worked at UNSW Sydney for 30 years (not as a teacher – but as a humble administrator), but again education never far from my life. I have two children at Alex Park Community School Ash year 8 and Rex year 6. 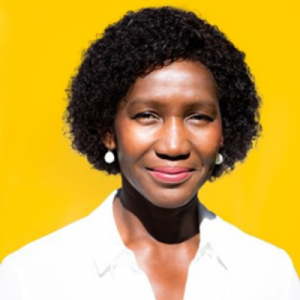 I started on Winmalee High School P&C 6+ years ago and served on the Executive Team and was president between 2019 – 2021 and still serve as a member of the P&C. The P&C at Winmalee High provides opportunities to meet other parents, and for me to really get to know the school, the teachers and take pride in supporting all school activities.

In my time, we saw devastating bush fires in 2013 with over 200 homes lost but the community came together and supported the school, students and families through it all. Our school also managed to get donated instruments to continue to enjoy music. I continue to work with the P and C and the community to lift our profile and improve services for students. 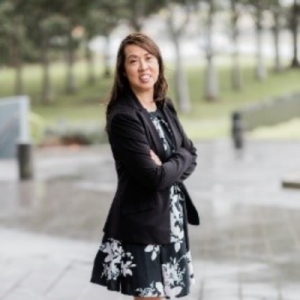 Lisa is a proud parent of three children at three different public schools and she’s been involved in P&Cs for over six years. She’s passionate about giving back to the community and making a difference. Lisa is a Chartered Accountant and a Graduate of the Australian Institute of Company Directors. She is a Board Director and Chair of the Finance and Audit Committee of various sporting organisations.